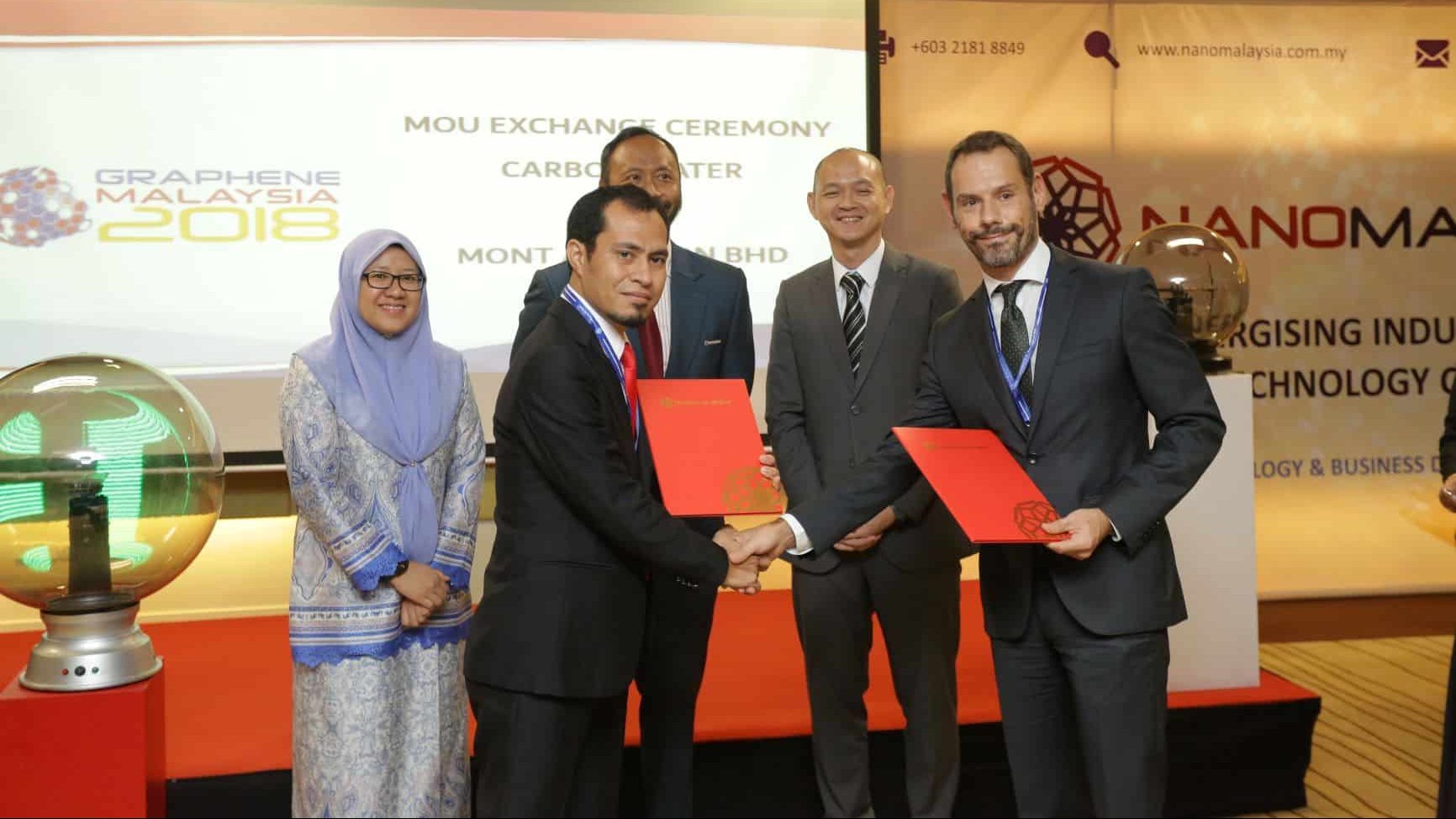 The leading event in Southeast Asia for the graphene industry, Graphene Malaysia, was held on October 29-30, 2018, in Kuala Lumpur. It attracted approximately 20 speakers and several hundred visitors. Carbon Waters was invited to sign a partnership with the company Monte Aero as part of the NanoMalaysia programs.

The signing of the contract gave rise to an official ceremony (photo) in the presence of the ministers of technology and international trade, the chairman of NanoMalaysia, the director of Monte Aero, as well as CEO Alban Chesneau. “We were spotted at the JEC World event (the leading international composites show) which was held last March in Paris. Carbon Waters achieved great visibility by being selected as one of the 10 companies to watch in the composites industry. Representatives from Monte Aero approached me and a collaboration began to develop.”

The commercial partnership between Monte Aero and Carbon Waters did not come about by chance. Malaysia is a country that produces palm oil and rubber. Adding graphene to these products provides significant value added. Carbon Waters will work on applications related to rubber for two companies, and also work on oil development for the Petronas University of Technology.

“We’re going to sell them our graphene dispersions,” announced Alban Chesneau, “Initially on a relatively small scale. This is just the beginning but will serve as proof of concept. We have very good potential for development in Malaysia in the coming years, which is an excellent opportunity for Asia in general.”

We use cookies on our website to give you the most relevant experience by remembering your preferences and repeat visits. By clicking “Accept”, you consent to the use of ALL the cookies.
Cookie settingsACCEPT
Manage consent

This website uses cookies to improve your experience while you navigate through the website. Out of these, the cookies that are categorized as necessary are stored on your browser as they are essential for the working of basic functionalities of the website. We also use third-party cookies that help us analyze and understand how you use this website. These cookies will be stored in your browser only with your consent. You also have the option to opt-out of these cookies. But opting out of some of these cookies may affect your browsing experience.
Necessary Always Enabled

Any cookies that may not be particularly necessary for the website to function and is used specifically to collect user personal data via analytics, ads, other embedded contents are termed as non-necessary cookies. It is mandatory to procure user consent prior to running these cookies on your website.